Historical Notices & Records of the Village & Parish of Fincham in the County of Norfolk” by William Blyth (Rector of Fincham), published by Thew & Son, Kings Lynn, in 1863.

This book is very rare. There are a few public libraries in Britain who have a copy, including Leicester University, but none that will lend it out. You may be able to purchase copy from an antiquarian bookseller.

You will enjoy reading the book very much. It is packed with information about the village and its history, and about the Fincham family, with extensive genealogies. The book is interesting for the light it sheds on the interests and attitudes of a Victorian clergyman, as well as for the prior history it contains.

See also the page about Blyth’s Box, recently discovered in the church, containing his original proof of the book, and other interesting historical material.

The book has been converted to PDF format so you can view and download it here. Much of this site has been informed and illustrated by the book, and a list of contents is given below.

The Church of St. Michael – The Benefice – The Parish Church – Its wilful destruction – Rectors

The Church of St. Martin – The Benefice – The Parish Church – The Arms of Fincham – Bishop Bateman – The Restoration – The two Chantries – Monuments and Epitaphs – The Vestry – The Church Plate – The Fonts of Burnham Deepdale and Fincham – The Churchyard – Incumbents

The Finchams of Outwell – The Chapel of St. Nicholas in Outwell Church – Gilbert Haultoft – Richard Fincham of Elme – John Fincham in the Bastille at Paris – Francis Coffin the Administrator

Wills and Testaments of the Finchams – Will of Adam de Fyncham – Morturies – Gifts to the Monasteries – Ancient Inventory – Difference between Will and Testament – Simon de Fyncham’s bequest for the Church Tower – John Fyncham’s endowment of a Chantry, out of Deepdale Manor – Wills of Edward and John Fincham, subsequent to the Reformation

Observations and Reflections – Resident Gentry – Religious and Charitable Institutions – Education – Diminution of Crime, where – Increase, where – The Church Established – Appropriations – Revision of the Liturgy – The Laity – The Clergy – The Fabric – Its Restoration – John Wesley – The Church-yard – Dissenter’s Demands – Conclusion

The book is illustrated with the following engravings and illustrations St.

In addition there are numerous Pedigrees of the Fincham family, and a facsimile of an Ancient Inventory (of the property of John de Fyncham, son of Adam de Fyncham: dated 1399).

The illustrations and pedigrees can be viewed below. 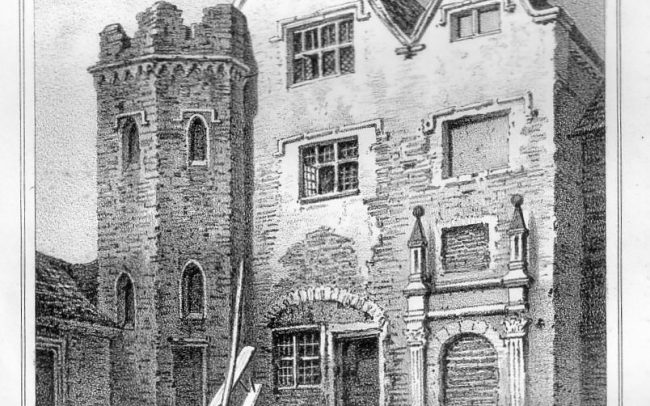 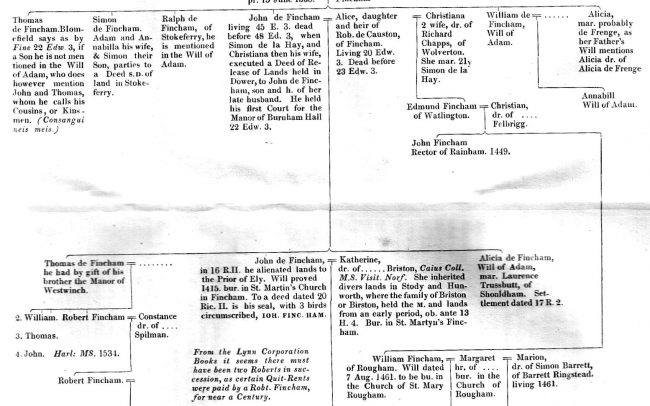 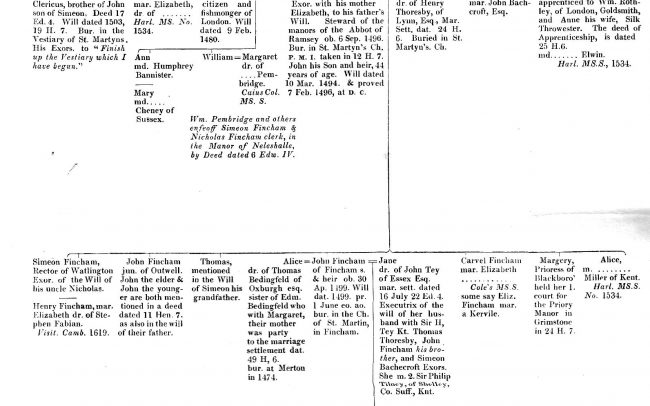 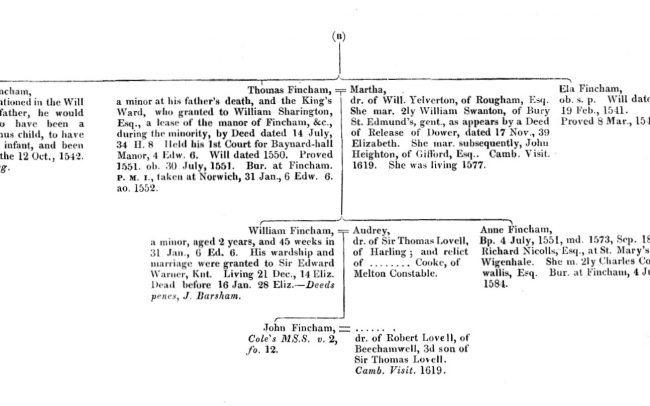 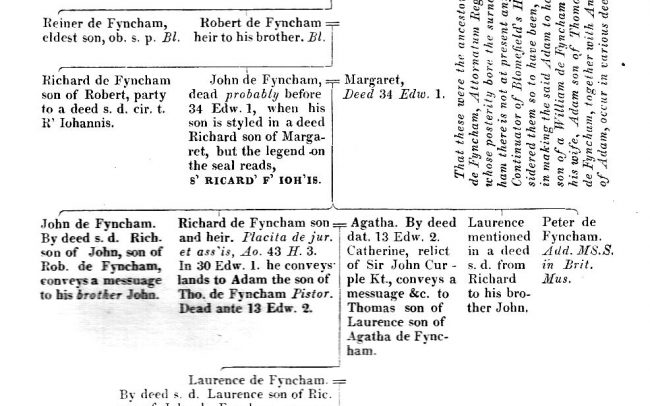 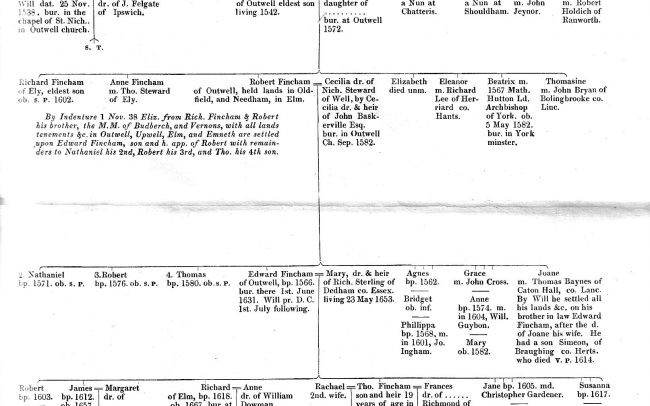 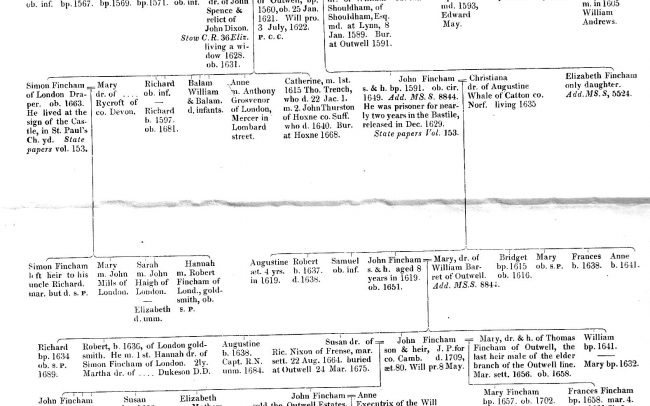 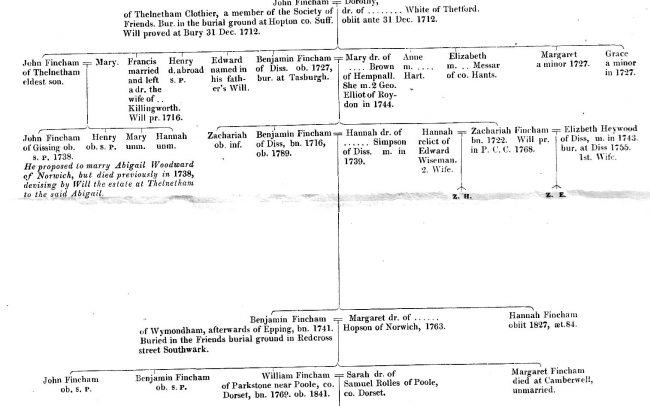 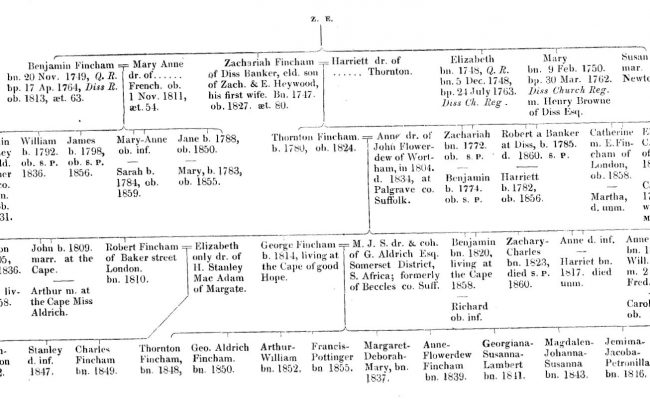 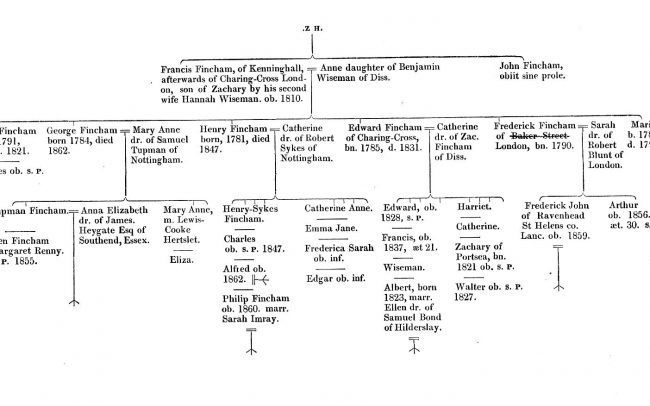 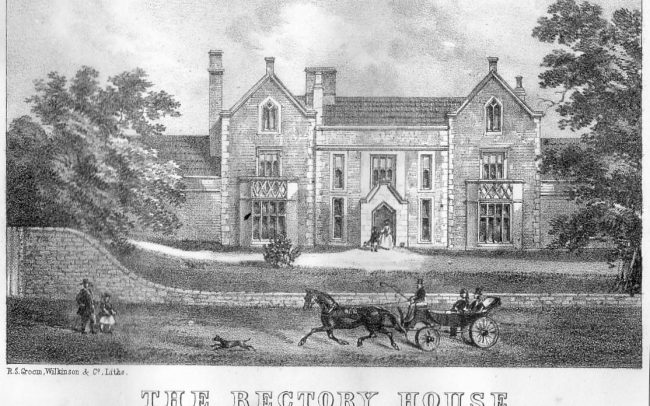 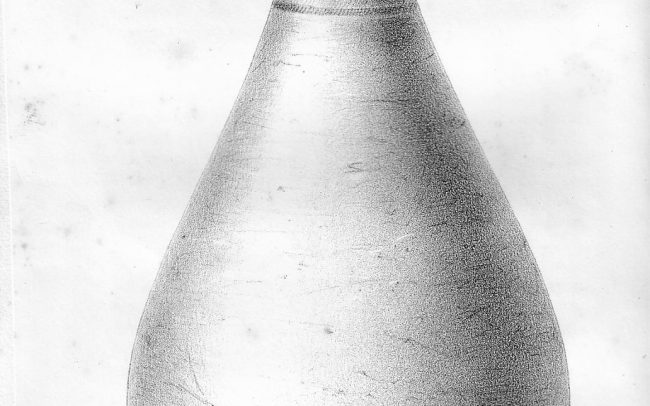 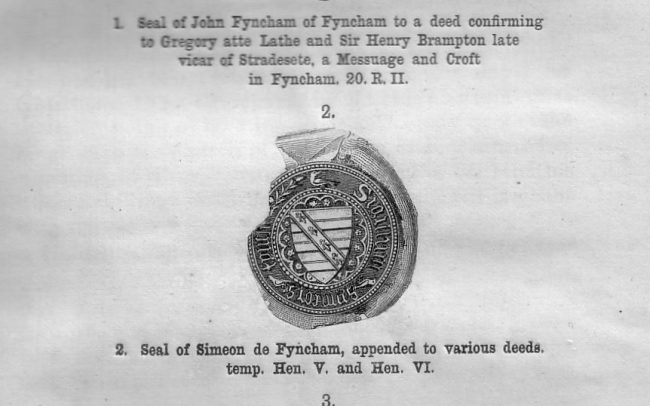 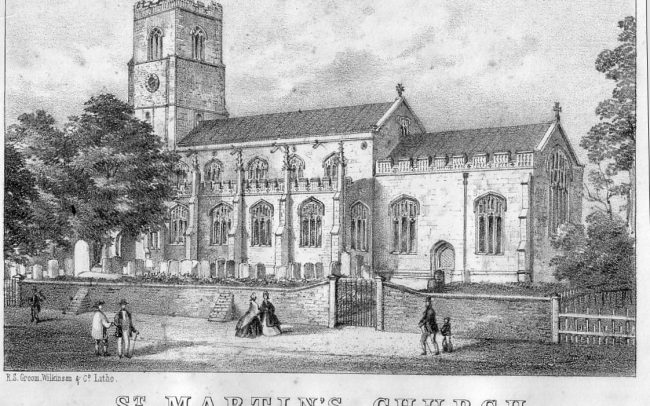 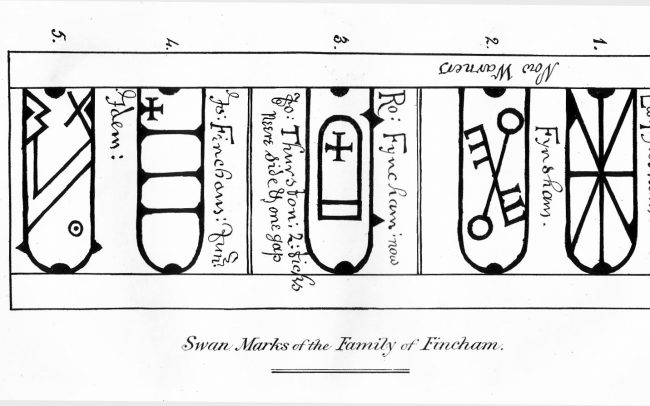